It’s officially picnic season! This one-bowl meal begs to be eaten outside. Soba noodles get bathed in a peanut sauce and are then tossed with scallions, mint, spinach and peanuts 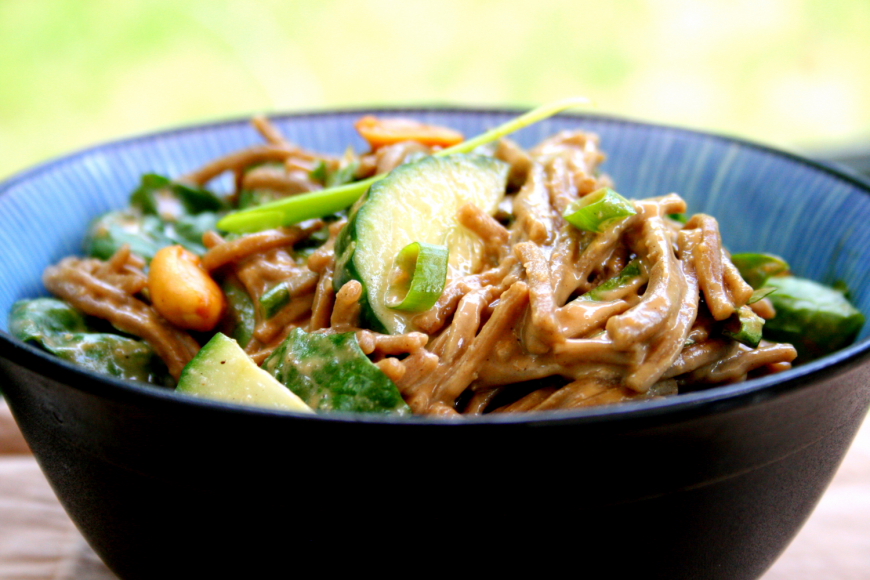 It’s officially picnic season!  This one-bowl meal begs to be eaten outside.  Soba noodles get bathed in a peanut sauce and are then tossed with scallions, mint, spinach and peanuts.  Mmm.  The salad can be made in advance, and it travels well, whether you’re headed to the park, to a mountaintop, or to your own backyard.

The recipe was inspired by Lauren Braun Costello, a food stylist and chef friend, who adds black tea to her peanut sauce.  Brilliant.  I’ve adapted her recipe, switched up some of the ingredients for ones that are staples in my house, and added fresh vegetables and herbs—including spinach, cucumbers and mint—to make it into a one-dish dinner.

I love soba noodles, which are made from buckwheat and have a nutty flavor, but you could certainly swap in spaghetti or do a mix of half soba and half spaghetti.  For the sauce, everything simply gets buzzed together in a blender, and the mixture is poured over the warm noodles.  At first it looks quite soupy, but as the noodles chill the sauce thickens and gets absorbed. 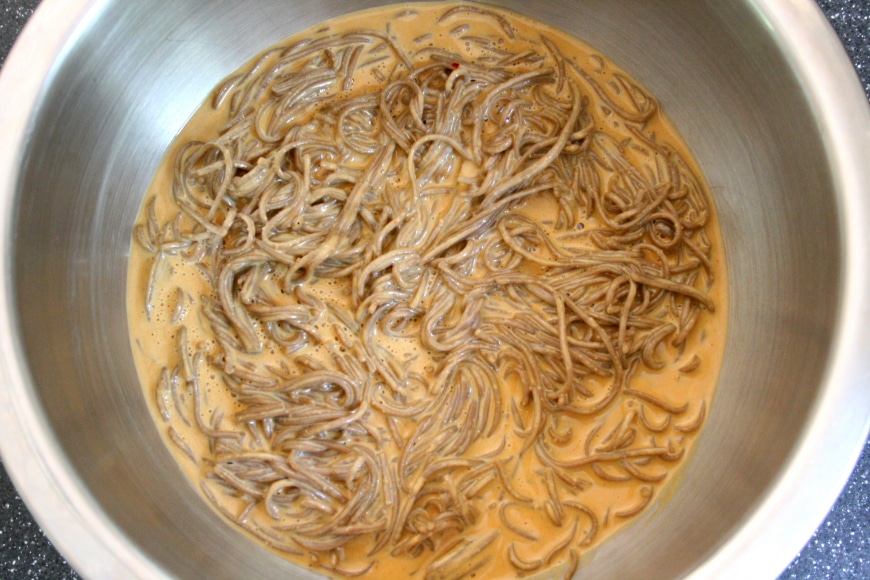 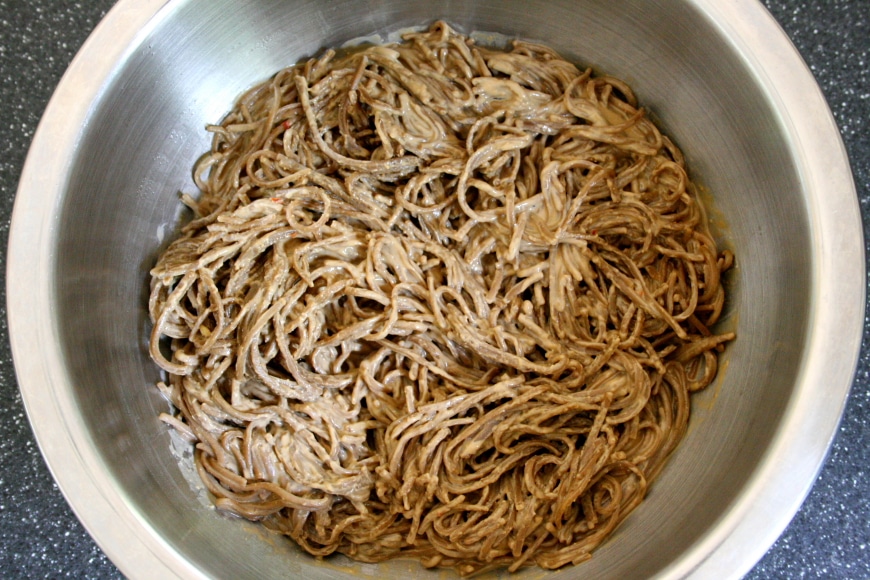 The noodles can be made the day before, and the salad portion can be tossed in right before serving.  If I’m bringing this to a potluck or barbeque, I’ll layer the scallions, cucumbers, spinach, mint and peanuts over the cold noodles and toss everything together right before serving.

Leftovers also make for a great lunch the following day and are perfectly suited to summertime road trips.  It saved us on a recent trip to Vermont.  I portioned the leftovers into individual containers, packed along some forks, fruit and chunks of dark chocolate, and lunch was served in a little park off of Interstate 87… way better than truck stop fare! 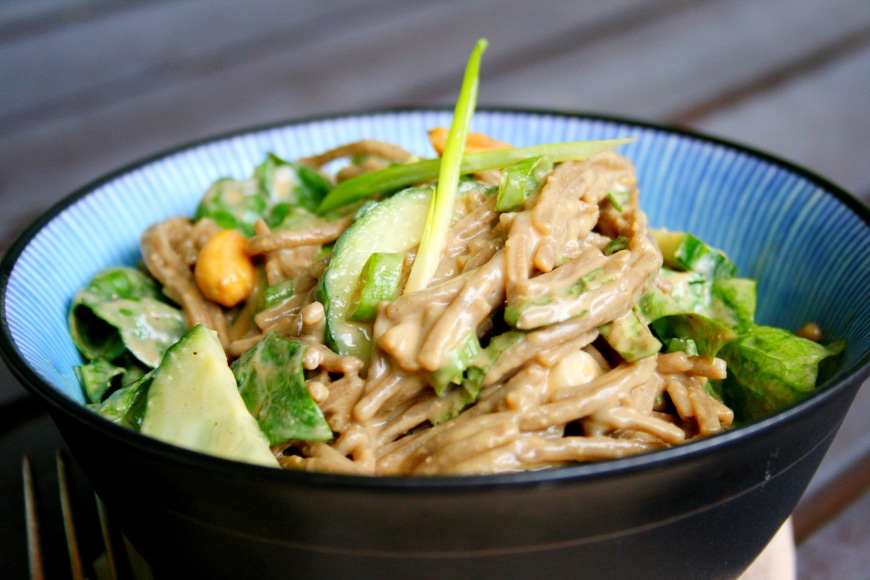 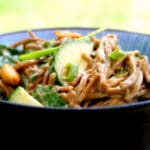 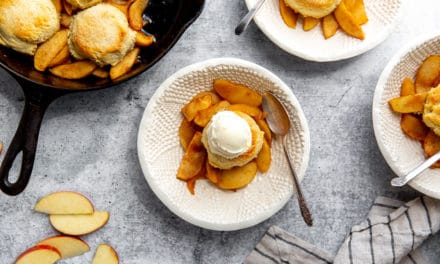 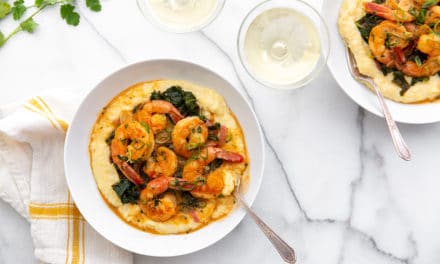 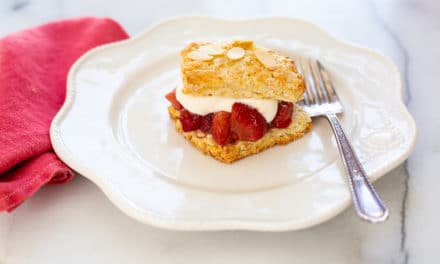 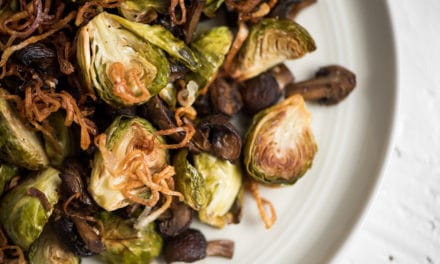 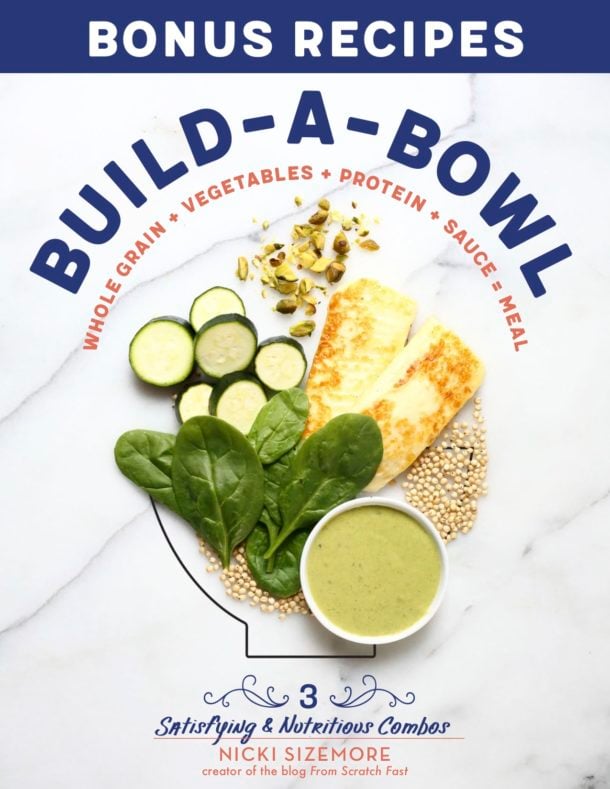 Join now to receive my latest recipes and receive a free copy of my Build-a-Bowl Bonus Recipes ebook! 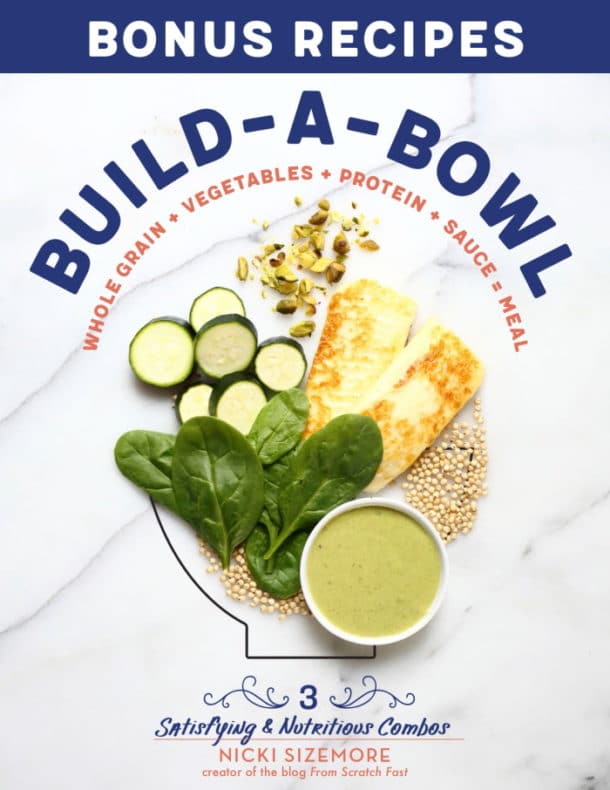