I realize that this is my third “orange” post in a row, but I just couldn’t resist.  As I write this, my lawn is covered by four inches of snow, and this pumpkin brown rice pudding is simmering on my stove.  My house smells amazing.  It’s all I can do not to stir the pot so that I can lick the spoon.  These cold, barren days beg for baking, and, not being a baker by nature, this is my kind of dessert.  No fussy measuring of flours or scrupulous scooping of cookie dough (I leave that to my pastry chef friends); for me, the most fun desserts to make are a bit more freewheeling—rustic tarts, puddings and custards.

Since Halloween, I’ve been tinkering with pumpkin pudding recipes using my leftover sugar pumpkins, and this is by far the winner.  It gets infused with warming winter flavors of vanilla bean, cinnamon, cloves, ginger and orange peel and is thickened with brown rice and coconut milk.  The result is a comforting and delicious pudding that’s much more virtuous than it tastes.  I love desserts that are as good for afternoon snacking (or breakfast) as they are for after-dinner indulging. 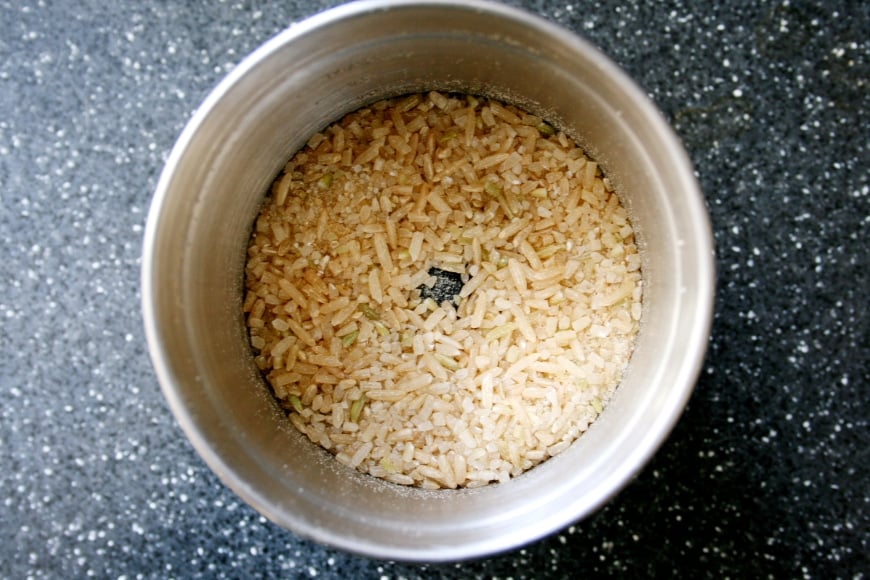 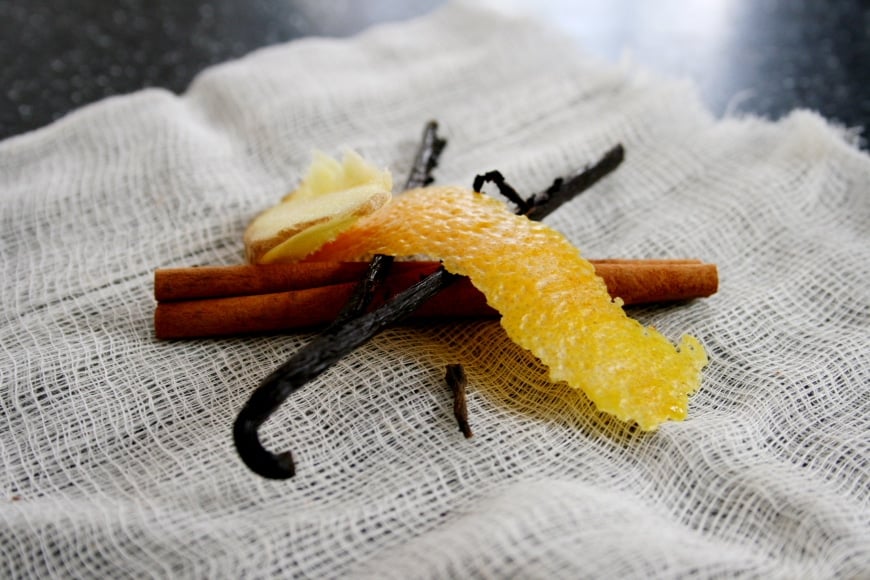 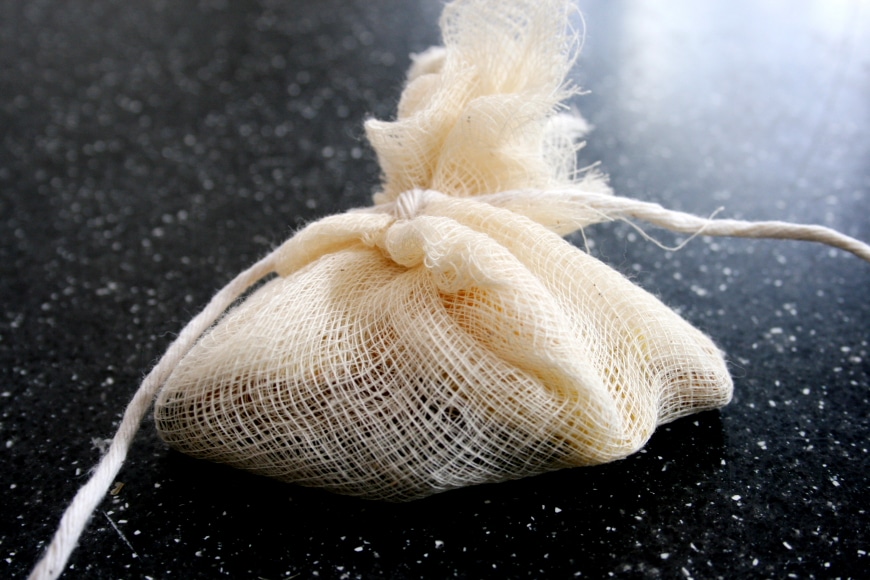 Before cooking, I pulse the rice in a spice grinder to break up the grains.  Not only does this shorten the cooking time (it still has to simmer for over an hour—but it’s hands-off time), but it also makes for a creamier consistency.

As I noted, I’ve been using the puree from sugar pumpkins (see below for instructions on making pumpkin puree), but you could certainly use canned pumpkin instead.  If you have any gluten-free or vegan guests coming to your Thanksgiving table, this would make for a lovely dessert in place of pumpkin pie.  But honestly, for me, it’s much more of an everyday treat—something sweet and nourishing to brighten up these shortening days. 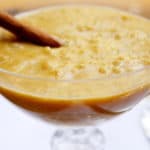 Made with coconut milk, infused with warming winter spices and sweetened with maple syrup, this vegan pumpkin rice pudding is deliciously comforting and surprisingly virtuous. While it has to simmer for over an hour, the cooking time is mostly hands-off.
Author: Nicki Sizemore

*To make pumpkin puree from scratch, preheat the oven to 375˚ F. Line a baking sheet with parchment and coat it lightly with oil. Cut out the stem from a sugar pumpkin (just like you would if you were carving a pumpkin—I even use my Halloween pumpkin carving knife to do this), then cut the pumpkin in half and scrape out the seeds (save the seeds to roast). Place the halves cut side down on the baking sheet. Bake 40-45 minutes, or until tender (a knife should slide through without resistance. Let cool slightly, then scoop the flesh into a food processor. Process, scraping down sides occasionally, until smooth. This will take awhile—just let the machine rip. If you want to ensure a really smooth texture, press the pumpkin puree through a strainer with a spatula. 1 sugar pumpkin yields about 2 cups of puree. The puree can be stored for up two 5 days in the refrigerator, or for up to 2 months in the freezer.